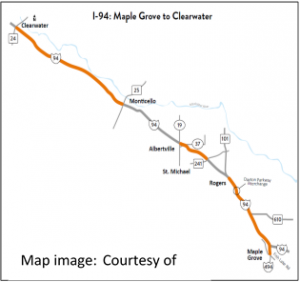 Interstate-94 (I-94) is a major east-west corridor carrying passengers and commerce between the Great Lakes Region and the Great Plains Region. Designated by MnDOT as an Interregional Corridor, I-94 runs through the heart of the Twin Cities Metro Region. Traffic growth along I-94 on the northwest side of Minneapolis led to congestion and growing concern from citizens and businesses- previous studies suggested average truck speeds to be as low as 49 and 46 miles per hour (mph) during evening and morning peak hours respectively. In response, MnDOT launched several initiatives through its Corridors of Commerce program to increase capacity, including adding another lane of traffic between Rogers and St. Michael.

To assist in outreach and construction management as these projects advance, the MnDOT Metro District sought to gain a better understanding of the businesses that rely on the corridor, and the commerce that flows through it. The project developed an I-94 NW-Metro to St. Cloud Corridor profile based on: historical truck counts, county employment, county-level freight flows, business data, parcel information, crop estimates, and private shipping records. The project also combined StreetLight’s GPS data with geospatial data to profile the corridor’s truck traffic in terms of volumes, temporal patterns, trip purposes (local traffic, pass-through, or connecting to other modes), and user types (agriculture, industrial, or commercial). In addition, the project reached out to private sector businesses in the corridor to gain access to private shipping records to better understand not only the volume and value of commodity movements in the corridor, but also the cost to shippers to move products in and through the corridor.” 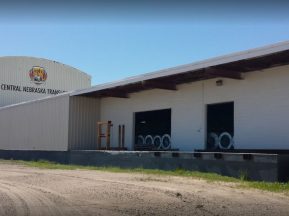 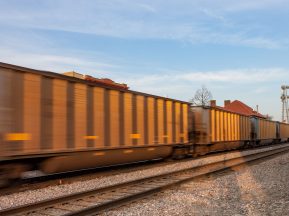 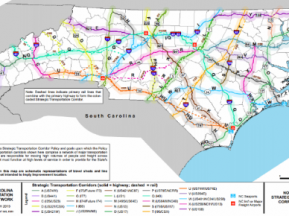 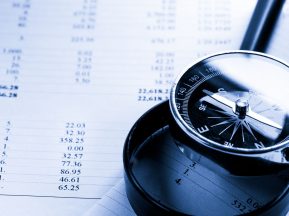